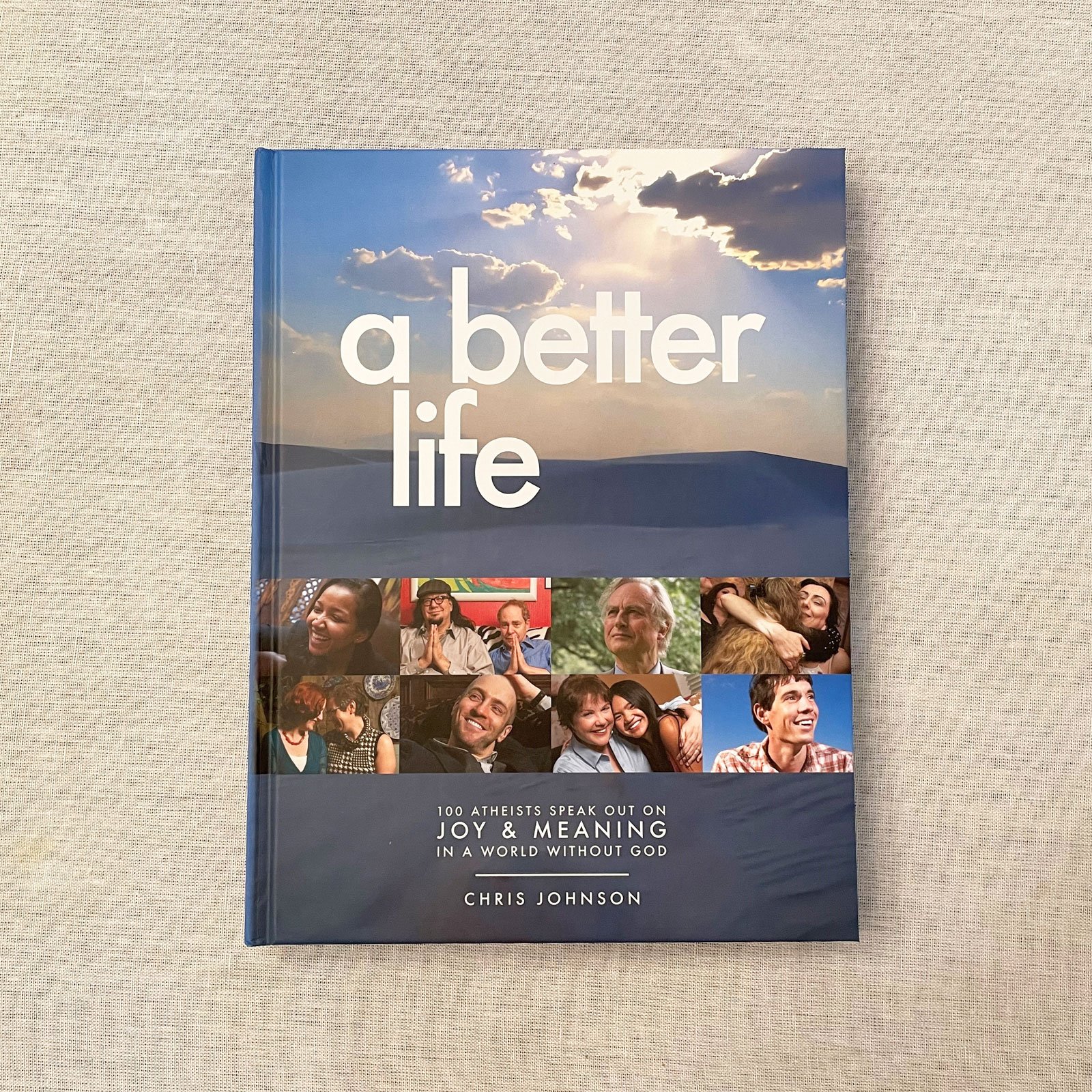 A Better Life, 100 Atheists Speak out on the Joy & Meaning in a World Without God.

A Better Life, 100 Atheists Speak out on the Joy & Meaning in a World Without God, is a book written by Chris Johnson.

The author, Chris Johnson, used Kickstarter crowdfunding. From the website … To raise money for the project, I turned to the crowdfunding site, Kickstarter. Thanks to publicity from the atheist community, it took off. At the time, [the book] was the second-highest grossing publishing projects in the history of the site.

I then spent a year and a half on the road, meeting people from many different backgrounds and experiences. It was an incredible experience. From the cliffs of Yosemite National Park, to swimming in San Francisco Bay, to the English countryside, to the shores of Lake Constance in Germany; join me on this journey.

Explore the meaning and joy of life with 100 atheists.

The myth persists. Even in our modern world, countless people believe that without God, one’s life has no purpose or meaning. People say that the lives of atheists are devoid of joy and happiness because they are not religious.

Starting out as one of the highest grossing publishing projects on Kickstarter, A Better Life highlights the various ways that those who are not religious find joy, meaning, and purpose in life. Photographer Chris Johnson spent two years traveling the world speaking with and photographing atheists from all walks of life to create this hardcover photography coffee table book.

Subjects in A Better Life book include:

Get a same day ‘ballpark’ quote …

... usually within a couple of hours. If you want a firm written quote, it will be 24 to 48 hours, weekdays. Everything we do is custom, so we often quote a book several times. Get a Quote

This error message is only visible to WordPress admins

Error: API requests are being delayed for this account. New posts will not be retrieved.